Dipping my toes into the Kijiji ocean

As I mentioned in a previous post, I recently became the owner of a pair of cast iron planter urns.

I'm not much of a gardener, I'm rather like my mom in this way. We both love gardens and the idea of flowers and vegetables all over the place, we just don't quite have the gift of keeping them alive. We've even managed to kill bamboo somehow.

But that has never stopped my mom from buying hanging baskets of flowers and having planters all around the property. It really does wonders to brighten the exterior of a home and make it look like the people that live there care at least a little bit.

That was my intention when I decided that I wanted to buy some urns. I wanted something classically beautiful, that I could swap flowers out seasonally, and place by the front door to make it look like we cared about how our home looked. Even if that home is the back apartment of a house.

And so my hunt began!

Of course I could have taken the easy route and just picked up a set of these from Home Depot: 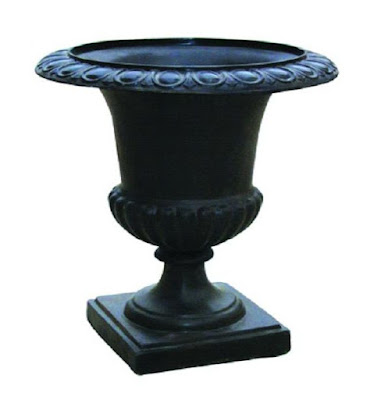 The only issue I have with them is the plain and simple fact that they are fibreglass. I wanted the weight and durability of cast iron. Except I couldn't justify the cast iron price. (Check out these bad boys!)

So I finally did something I had only ever done when apartment hunting... I looked on Kijiji.

After becoming seriously addicted to victoriaelizabethbarnes.com and reading about all of her amazing craigslist finds (I'm not kidding, go read her blog if you want furniture bargain envy) I decided to take the proverbial plunge into the world of buying things other people don't want anymore.

I looked around on the site for a few days, browsing various cities that I thought I'd be willing to drive to pick up such a find but still wasn't satisfied with the prices. Most of the urns that I was interested in were selling for about $60/each.

At this point, I hadn't even breached the subject with Jake but decided to put a limit on myself and see if he'd be on board. I think it went something like this:
"Jaaaaaake?"
*nondescript sounds of a man who is still technically asleep*
"If I can find a set of urns for under $40 each can I buy them?"
"A set? How about one?" - sure... he wakes up fully at this point...
"Well... once we move we'll likely have more space anyway at the front door, and a pair would just look so lovely." - I doubt I was this eloquent first thing in the morning, but the memory plays that way in my mind
*more nondescript sounds of a man who has lost interest and gone back to sleep*
"Awesome, thanks!"

And thus, I was victorious! But now came the rather difficult task of finding such a deal. 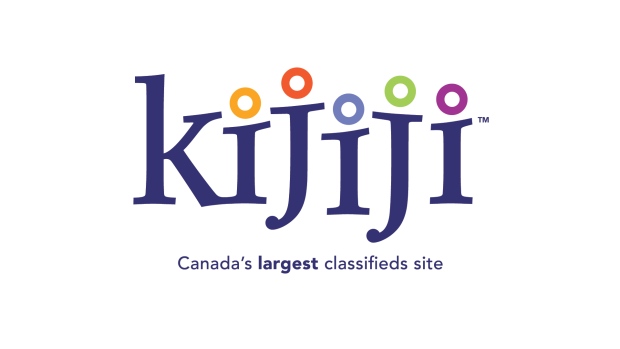 It became part of my house hunting routine. Every time I checked the market for a new house, I'd pop onto kijiji to see if anything came up. I was far more successful with kijiji than I have been with the housing market. It only took a few days before I saw a pair of urns for sale that were priced at $35/each. I couldn't believe my eyes, they were UNDER-BUDGET!

Here comes the critical lesson that I learned while reading Victoria Elizabeth Barnes' site. She has stated time and time again that if something is posted that you want and you know it's a bargain, don't take the time to ask questions or it will be gone. The only thing you should ever say is "I'm interested in that. When can I pick it up?" If you have reservations or issues with the piece once you see it, you can walk away. But if you hesitate, ask for more details or further pictures, it will likely be sold before you make up your mind.

This is what I did with the urns and as luck would have it, I was the first person to do such a thing. The seller and I set a date for me to come pick it up and then I clued in that I just agreed to drive an hour and 20 minutes after work to pick up some urns, only to drive straight back home. Obviously I COULD do it alone, but a) that's boring and b) cast iron is bloody heavy. So I texted Jake :) 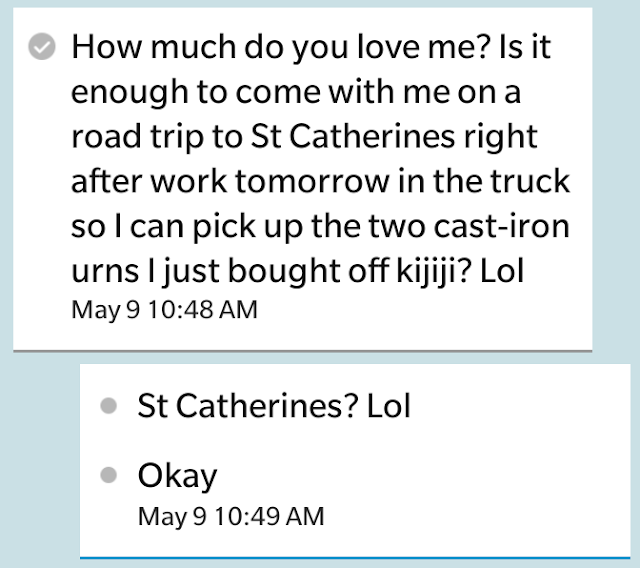 
The day arrived and we decided we'd just take Jake's car instead of going to the effort of switching all of the vehicles to get the truck out. Yeah, we are that lazy.

We met the lady selling them and she took us straight to the backyard to take a look. 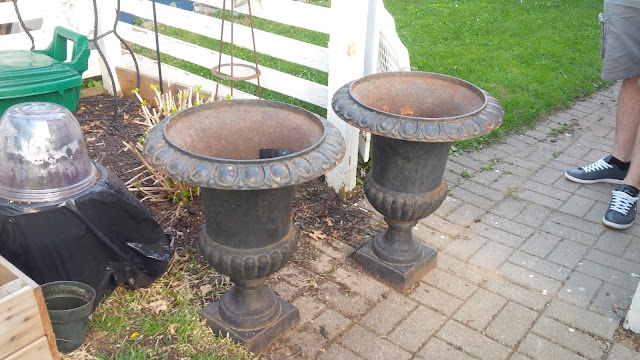 They were perfect! I had psyched myself up into thinking that the $35 price tag meant they were little tiny urns but these were the exact height that I had dreamed of owning. And they were in great shape! A little bit of rust here and there, but nothing I wasn't willing to fix.

To make my euphoria even better, the lady selling them told me that she had 5 other prospective buyers lined up in case I was a no-show. I put my faith in the lessons taught by Victoria Elizabeth Barnes and they absolutely paid off.

We paid for them and then Jake brought them to the car. I ran ahead and put a blanket down in the back seat as well as two garbage bags that the seller was kind enough to provide and then took pictures like the blogging creeper I have become. 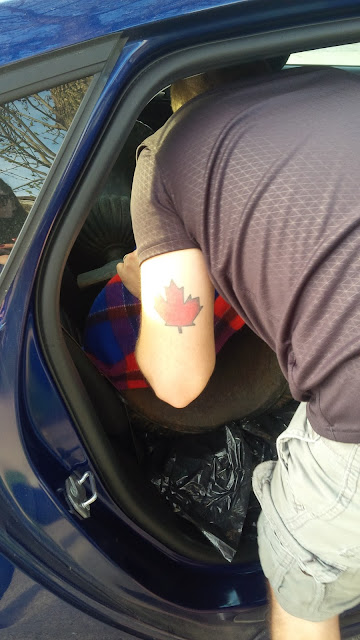 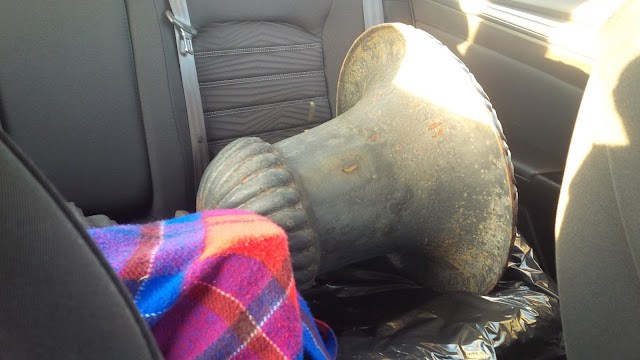 A thing of beauty!


I couldn't stop turning around in my seat to look at them. I'm pretty sure it was driving Jake nuts. But, he was on an "I'm an amazing husband" roll and suggested we go straight to a Home Depot to pick up the supplies I'd need to refinish the urns.

When we got home and unpacked the car, I immediately placed the urns on either side of the front door just to see what it would look like. I was so giddy and excited that I could barely contain myself. 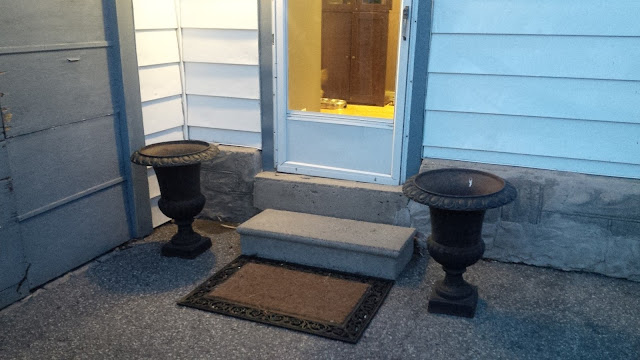 Even with the dirt, rust stains and lack of flowers it was an improvement. I'd have to say that my first Kijiji buy was a smashing success!

Have you ever bought something from kijiji, craigslist, or even a garage sale that you knew was a great bargain? Or was it a huge let down (like I was SURE my own experience was going to be)? Tell me about it in the comments :)