The art of the move

Again, I am totally aware at my lack of consistency with regards to updating this blog.

In my defence, the last three weeks have been sheer insanity for us. We moved into my parents' house and therefore were split between three different "homes". We finally finished moving out of our apartment completely this week and that sense of relief has allowed me to feel the pressing guilt of not writing.

I have moved quite a few times in my life. However, I am a master of avoiding the actual "move" part of moving. When I was a kid, I was always at camp during the move. Another time, I was in Europe. And another time I specifically booked the surgery to get my wisdom teeth removed during move-time. I was THAT committed to the cause.


However, once I got married that avoidance had to change. Shame really...

Jake and I decided to wait to live together until after we were married (and it's definitely something I promote to others. Yes, I am a Christian. But in reality that had next to nothing to do with my desire to not live together until after we were married. Secular soap box here: I know that living together is exciting and also a huge learning curve. I also know that the first year of marriage is one of the hardest. I wanted to go through both things still being in that "love bubble". It was also really cool coming home from our honeymoon and life seeming new and exciting not just back in the regular rhythm of things. I highly recommend my way of doing it. Just saying... lol). That meant that after our honeymoon I had to move into our apartment (Jake had been living there on his own for a few months already).


Our bed used to be "my bed" so after taking that and a bunch of clothes I considered myself "moved out" of my parents' house. It kind of wasn't the case however, since I didn't actually end up moving all of my things out until my parents tore down their house. It turns out... I have a lot of stuff. And our tiny little apartment couldn't quite contain it all in a graceful way.

That's really what led us into the housing market sooner than we anticipated; with the addition of Seamus and the rest of my clothes, shoes, jewelry, etc.... we ran out of room.

So we bought a house and are in the process of renovating it (as you all know). We decided to save some money and move into my parents' newly renovated house while we finished our own renovations.

But that meant that we had to move out of the apartment. We did this rather slowly at first, and then had a big push near the end to get it done. And now it is. So here are my tips for moving (specifically, moving nearby).

1. Don't get a moving truck.
This kind of only works if you have access to a pickup truck or a van or something, which we did. But honestly, if you are moving locally and don't have to do said move in a single day, getting a moving truck is a colossal waste of both time and money. 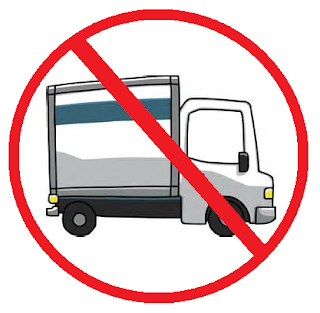 Why time? Because packing things to be moved in a big truck all at once takes way more effort than just grabbing your clothes, hangers and all, and throwing them in your trunk. This is exactly what I do. That way, when you get to your new house, you literally just grab the hangers and hang it all up immediately.

Similarly, if you have a dresser, just take the drawers out, leaving the clothes folded in them, and move it like that, piled in your back seat! It makes moving so much quicker on both ends.

I also like doing smaller loads because you can put things away as they arrive at the new house. It makes the whole "unpacking" thing a lot less daunting.

2. If you need to store things, buy bins, not boxes.
We were lucky because my parents had just emptied all of the bins they used so we got them for free. But if you do need to store things for any period of time (most of our stuff is in a shipping container on my parents' property) use clear plastic bins.

Being able to see inside will be incredibly valuable when it comes time to take everything out of storage.

Because our bins were already used and slightly abused, we just took packing tape and stuck a few strips on to make sure that the lids would stay shut. Jake says I over-engineer that part, but I like the comfort that comes with knowing that lid will not budge. lol

3. Cellophane wrap is your best friend.
Not kidding. You can buy packing cellophane and it is amazing at ensuring things don't move around, as well as protecting them. We used two different sizes of the stuff, the first one, which was smaller, my mom picked up at the dollar store. I used it for all of my plates (including my good china) and bowls and things. I just stacked it all up, with a piece of paper towel between each one, and then wrapped the whole thing in cellophane. 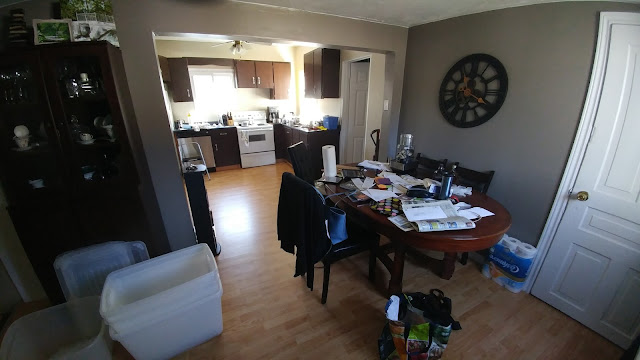 My mom used it as well and not a single piece of her china broke during their move/storage.

We also used the bigger stuff to wrap shelves together. It just makes moving things so much easier because they can be moved as a single piece rather than individually.

4. Don't be rude.
Clean up. Leave your apartment/house in a state that is both kind to the new occupants and not embarrassing to yourself.

This is one of my biggest pet-peeves when it comes to moving and I think that it has to do with the state in which the previous tenant left the apartment for us. Our landlords did a bunch of work on the apartment right before we moved in (which was AMAZING for us!) but the level of cleaning we had to do to make the apartment liveable to our own standards was crazy (our landlords offered to hire a cleaning service but I wanted to do it myself so I knew exactly what was done). I don't know how someone could get boot prints on the ceiling or cat hair in the freezer... but then I live a simple life.

Just don't be a dirtbag. At the very least, dust and vacuum everything and clean the bathroom. New occupants will likely still want to clean, but at least you've given them an easier job to do.

5. Purge what can be purged
I got rid of pretty much all I was willing to when I brought things from my parents a few months ago, but I still found a few boots and shoes that were past their prime. Moving is the perfect time to get rid of the things you don't need. If you look at an item you aren't sure you need, say to yourself "what is easier... tossing it out now, or packing it and moving it?" and the answer is "tossing it" just do it. It means less work and you'll have less junk.

On that same note though, don't over-purge. If Jake had his way, we would have just thrown everything out. But that is a HUGE waste of money when you know without a doubt you'll just need to buy it again in the new house. Keep food, cleaning supplies, furniture... If you have one of these "purge-fiends" ensure that you are strong enough to temper their need to chuck everything. Moving can be both demoralising and emotionally draining... but so is having to buy things you already owned.

Anyway, that is all for today. I'll leave you now with some fun "before" and "after" pictures of our apartment when we first took possession and our very last night of possession.