On Saturday, after Jake and I built the wall in the living room, we were cold. Even though it was really quite lovely outside, inside the house was bitter.

We wanted to stay productive but we also wanted to feel our fingers again, so we opted to work in the backyard for a bit.


Then Monday rolled around and Jake needed to cut the grass.

Obviously I didn't want to be stuck in the dirty (it had gotten quite messy) house so I decided to bring our backyard successes to the front yard where the neighbourhood could see them.(And maybe then the neighbourhood would think that the people who owned the house actually DID care about it, even if said people killed the grass last year by throwing lath all over it and leaving it for months on end....)

If you remember, we left the back yard looking like this:


Since the daffodils in the round flower bed had sprung up, I decided to start working there.

Jake helped out pretty much instantly because he saw I intended to dig up rocks and move heavy things. This was the day after my surgery and Jake is nothing if not a gentleman, so he felt obligated to assist the lady that is myself. (I'm pretty sure he said something like "Don't move that, dumby. You'll hurt yourself." Which is KIND of like chivalry right?)


We started by pulling back as much grass as we could and then got straight into digging up the rocks.

Now, I can tell by your stunned silence that you are confused about which rocks I'm talking about. Believe it or not... there is a complete circle of rocks buried beneath the grass in the picture above.

Here's what it looks like after they got dug out: 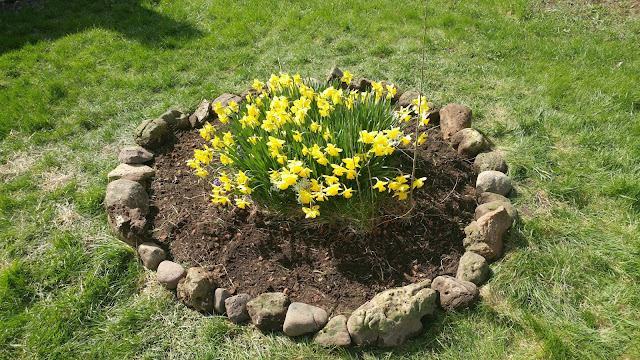 But we weren't done there!

We laid down some newspaper to hopefully suppress some of the weeds and the grass from growing back. I would have preferred to use that black gardening membrane stuff because I know that if its laid right, almost nothing can get through it.

But
a) that costs money; and
b) I had newspapers that didn't cost money. 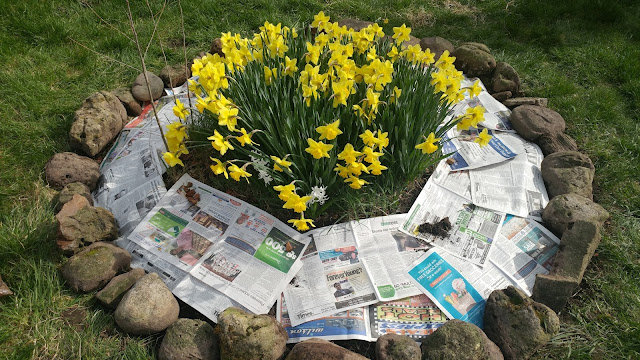 Newspapers for the win!

We used natural cedar mulch for the top layer, mostly because it was the cheapest at $2.99/bag at Lowes (it appears to have gone up in price on their website, so maybe it was on sale). I do like the colour though.

Black mulch is my favourite when it comes to appearance. My only issue with it is that it looks faded and dull after a month or two of sunshine...


It took two full bags of mulch to cover the newspaper in a way that we were happy. I had to add a third bag when Jake accidentally went the wrong direction around the flower bed while cutting the grass. The whole thing was covered in grass clippings... tsk tsk!

We were both pretty happy an impressed with the change which is why I felt confident enough to try it out on the front yard too.

This is what I started with:

At least you can see the rocks right?

Sure, there's that.. but there's also the fact that we utterly destroyed the lawn in the front yard and are left with this dreary mess: 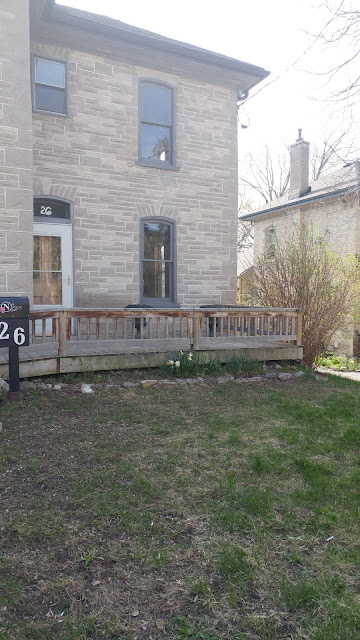 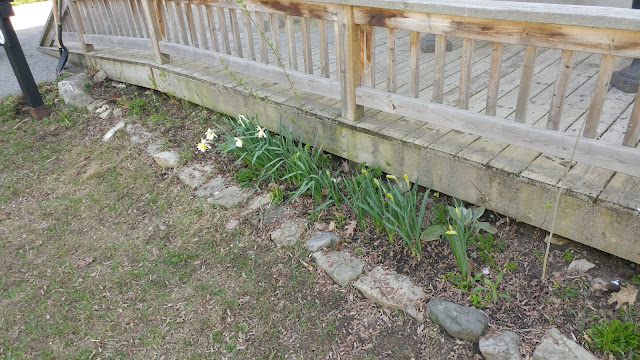 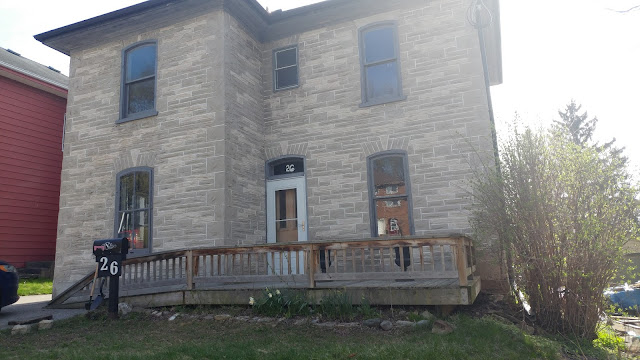 Not super attractive, is it?

I followed all the same steps as the round garden with the exception of laying down the newspaper.

The front garden isn't completely sprouted yet and I'm new enough to gardening to not know what most things are. I pulled what I was CERTAIN were weeds but things I was unsure about I left where they were. I figured, if it was determined to live, it could have its chance to mature until I knew I wanted it or not.

Because I didn't have to cover the newspaper, this garden only took two bags of mulch.

The most difficult aspect of fixing up the front garden was my pickiness. I didn't like most of the rocks that had been used and wanted to change them up for more rounded ones, to give it that cute, Victorian cottage kind of feel.

We dug some out of other gardens in the back yard and took some more from our neighbours who had dug up their yard on the weekend and offered free dirt and stones if we wanted it.

This was another instance where I got a "STOP TRYING TO LIFT THAT!" from Jake. Although, he did let me try to move a full wheelbarrow's worth of rocks just so he could laugh at me when it almost fell over.

Originally I had decided to skip planting the urns because of our lack of water at the house. But the city is hosting a rain barrel sale this weekend and we are going to get up super early to try and snag one of those. If we do, I'll plant something pretty in the urns to stand by my own convictions and really make our house look loved.

We were working at the house yesterday and I took some pictures of the progress of flower growth so I will leave you on that beautiful note. 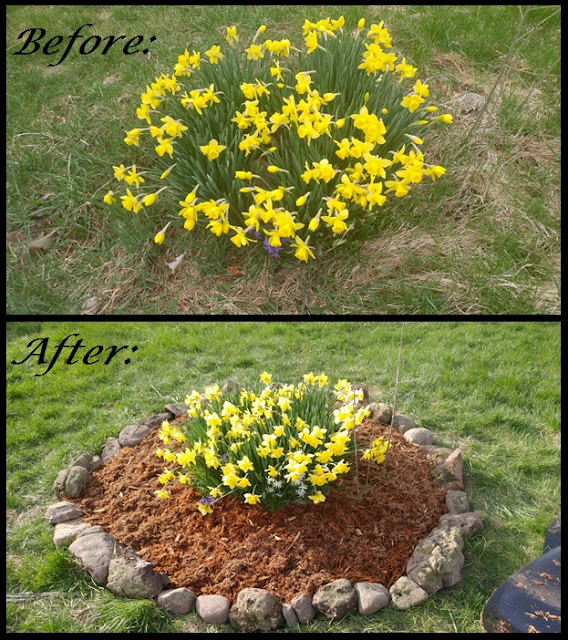 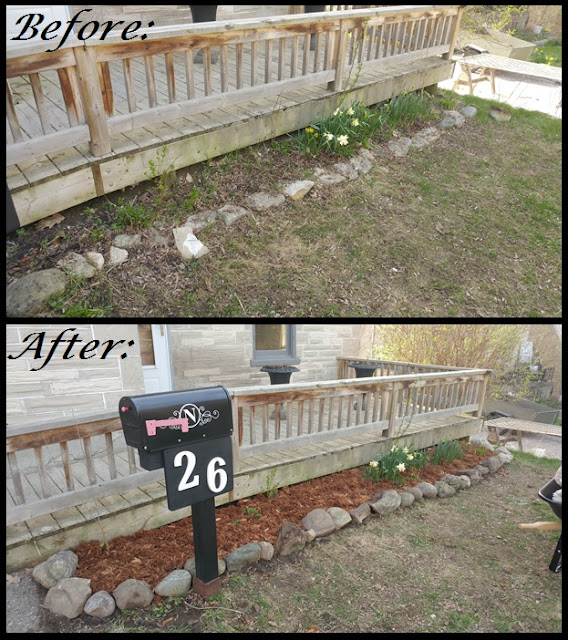