You know what is awesome? Free stuff.

You know what is even better than awesome? Free stuff you actually want.

You know what is even better than better than awesome? Free stuff you actually want when you don't have the "pay for it" version hooked up.

As the world becomes more environmentally-friendly and the cost of living goes up people are discovering more and more blended solutions to those issues. Rain barrels have been around for centuries. Back before people didn't have water at the touch of a button, catching rain water was a totally viable option.

And rain barrels have come a long way. They are now designed with ease of use in mind. But do you know what is not great about them? They are bloody expensive....

They also tend to be pretty darn ugly these days. I wouldn't mind the brown one up above, because, you know... it looks like an actual barrel. But I really can't afford to be that picky.

Not when my region has a sale!

This past Saturday Jake and I got up bright and early (around 6:30AM) to go pick up a rain barrel for the glorious cost of $40 with taxes in. Every year the Region of Waterloo hosts a rain barrel sale in each of the Tri-cities (Cambridge, Kitchener, and Waterloo). If you are willing to get up early to buy one (because they always sell out), then you can get one for dirt cheap.

They started promoting this a number of years ago as a way to entice people to use less water. You are, however, limited to one per household. And you have to bring proof with you that you live in the designated area.

Jake and I were desperate for water since ours is currently shut off, so we dragged my mom out of bed, gave her $40 and begged her to buy one for us so we could have two.

That's two rain barrels we now own for LESS than the cost of that horrible, collapsible one up above.

Eventually, we'd like to put a new shed in the backyard. When we do that, we will move both rain barrels to the downspouts by the shed and use them mainly for our vegetable garden we're planning. But for this year, we have a different set up.

I apologize in advance for the next pictures, they were taken last night as the sun was nearly gone. 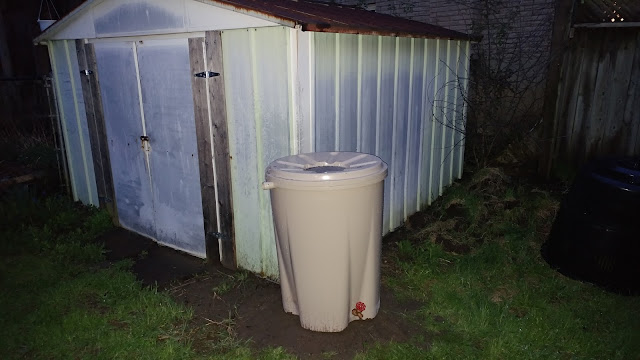 Rain barrel #1 was pretty easy to set up. All we did was move some dirt to level the ground by the shed and then tore a piece of the metal roof off so that the rain would fall through the opening and into the rain barrel.

Not attractive, but basically functional.

Rain barrel #2 was a little trickier because I wanted it to be set up with a downspout from the house pouring directly into it. I also wanted it to be propped up higher so I could easily fill my watering can from it.

We set the rain barrel up on top of two stacks of concrete blocks we had (and because I am almost a full year into blogging and have somehow still not learned to document every step, I don't have pictures of this...) and then figured out what we would need to do to alter the downspout correctly.

We knew we could just cut the straight section of pipe down to size, but ultimately we needed to buy two more elbow pieces so it would work the way we wanted it to.

That's where we ran into a bit of a snag. We couldn't find black downspout elbow pieces in the required 3x3 size. After checking out two different stores we grabbed what we needed in white, and then a can of semigloss black spray paint. 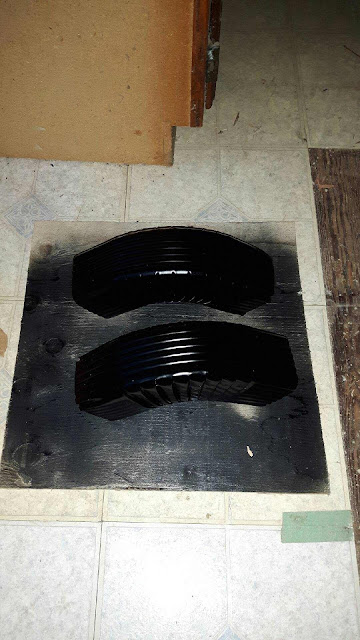 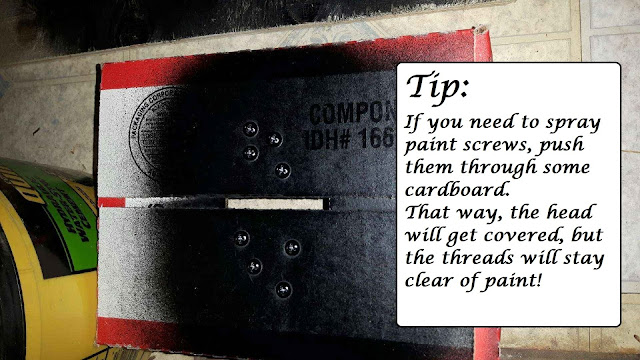 Once the paint dried, Jake made the necessary adjustments to the downspout and we were left with this slightly-unattractive-yet-perfectly-functional beauty:


The finished product had the added bonus of removing the tripping hazard that the downspout used to be.

It was raining by the time we were done, but not enough to really see the water go through, so Jake grabbed a water bottle and proceeded to pour it down the pipe. I actually had the foresight to film it too! (shocking, right?!)

As you can tell from my voice, I no longer have a lisp. Which means I can do a video tour of the house soon. I just need to wait for a day that is a bit sunnier! 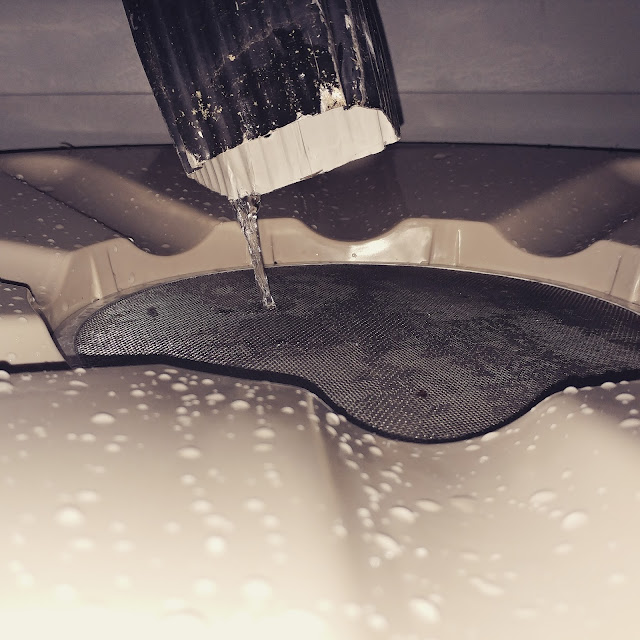 Having the rain barrels up and running means that I can actually plant something in my urns without fear of them dying on me like the mums did last Fall.