Our final stop (for now) on our "During Renovations" video tour is the kitchen.

It is the final stop (again, for now) because my phone maxed out on space while I was filming it. So I had to re-do it twice trying to speak faster to get it all in before the video cut out on me.

If this tour comes across as something rather rushed... now you know why! 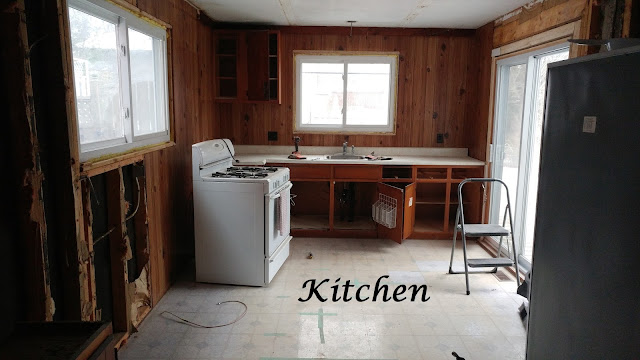 Also, this photo is also an old one (from December)... but the video is from Monday, so there's that.